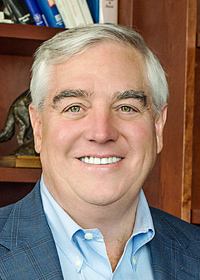 In an effort to improve Mericle’s sustainability, Rob Mericle created Mericle’s Green Building Program with a commitment to provide lower operating costs to tenants through the implementation of eco-friendly, energy-saving measures. He has also led efforts to introduce LEED to Northeastern Pennsylvania. LEED stands for “Leadership in Energy and Environmental Design,” and is a national industry measurement tool created by the United States Green Building Council to define the industry’s most environmentally conscious projects. The first three industrial buildings in Northeastern Pennsylvania to receive LEED status were Mericle buildings. 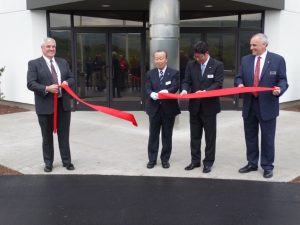 In 2012, Robert Mericle created the ReadyToGo!™ Program, a major investment in the development of new speculative buildings and fully prepared sites that has facilitated the creation and retention of thousands of local jobs. Through this program, Mericle Construction is fully preparing close to 100 ReadyToGo!™ Sites throughout Luzerne and Lackawanna Counties. For each of its ReadyToGo!™ Sites, Mericle designs a building that best fits the parcel, obtains all of the permits and approvals necessary to begin construction, and clears, grades, and compacts each site. All of Mericle’s available properties including its ReadyToGo!™ Sites can be viewed at www.mericlereadytogo.com.

Key to the ReadyToGo!™ Program is Mericle Construction’s in-house team of dozens of heavy equipment operators, which completes all of the site work and utility and road extensions needed to make each parcel ready for the immediate construction of building foundations. Once each site is completed, Mericle examines market conditions and determines whether it is appropriate for speculative building construction. 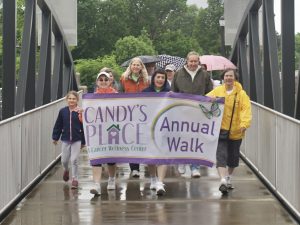 Robert Mericle and Mericle Commercial Real Estate Services also support many charities and community initiatives in the locales where they conduct business. Since its founding in 1985, and under Robert Mericle’s leadership, Mericle Commercial Real Estate Services and the Mericle family have provided significant financial support to help hundreds of non-profit and community organizations throughout Northeastern Pennsylvania. The company has donated tens of thousands of man-hours to community service. In addition, Mericle employees and their families have donated thousands of hours of their personal time to many local worthy causes.

While Robert Mericle, the Mericle family and the company’s employees have helped a wide variety of local organizations, the company focuses its philanthropic and volunteer efforts on youth programs and activities, educational opportunities, healthcare initiatives, aid to the economically disadvantaged, community park upgrades, and regional economic development programs.